Digital leaders at Loreto Grammar have become the first cohort at the top Catholic grammar school in Altrincham to win certificates in the Duke of York's iDEA awards.

Nine code breaking girls have won bronze awards and will now act as role models helping to teach and promote digital enterprise throughout the school.

initiated only last year The Duke of York Inspiring Digital Enterprise Award, known as iDEA, aims to equip young people with digital and enterprise skills. Inspired by The Duke of Edinburgh Award, it aims to show young people how to make, create, build and shine in the digital world.

Learners take part in a series of challenges in order to win awards first bronze and then silver and gold awards covering topics such as web design, cyber security, cloud computing, animation and on line safety as they progress.

Award winner Sophie Ostick said: “In tomorrow's world there will be so many jobs which demand digital skills and I want to be best equipped to take advantage.”

Award winner Ellie Roberts said: “I really like learning how to code equipment to stop waste and provide better environmental controls and I think teaching children of our age will help us make a difference in the future.”

Elaine Manton, Loreto's STEM coordinator and national STEM teacher of the year, said: “Digital skills are all about developing the ability to tell a computer what to do, to make, to build, to get creative and to gain confidence. Enterprise skills set you up for success in the world of work. iDEA helps equip people to be digital workers, makers, entrepreneurs, gamers and citizens of the future. 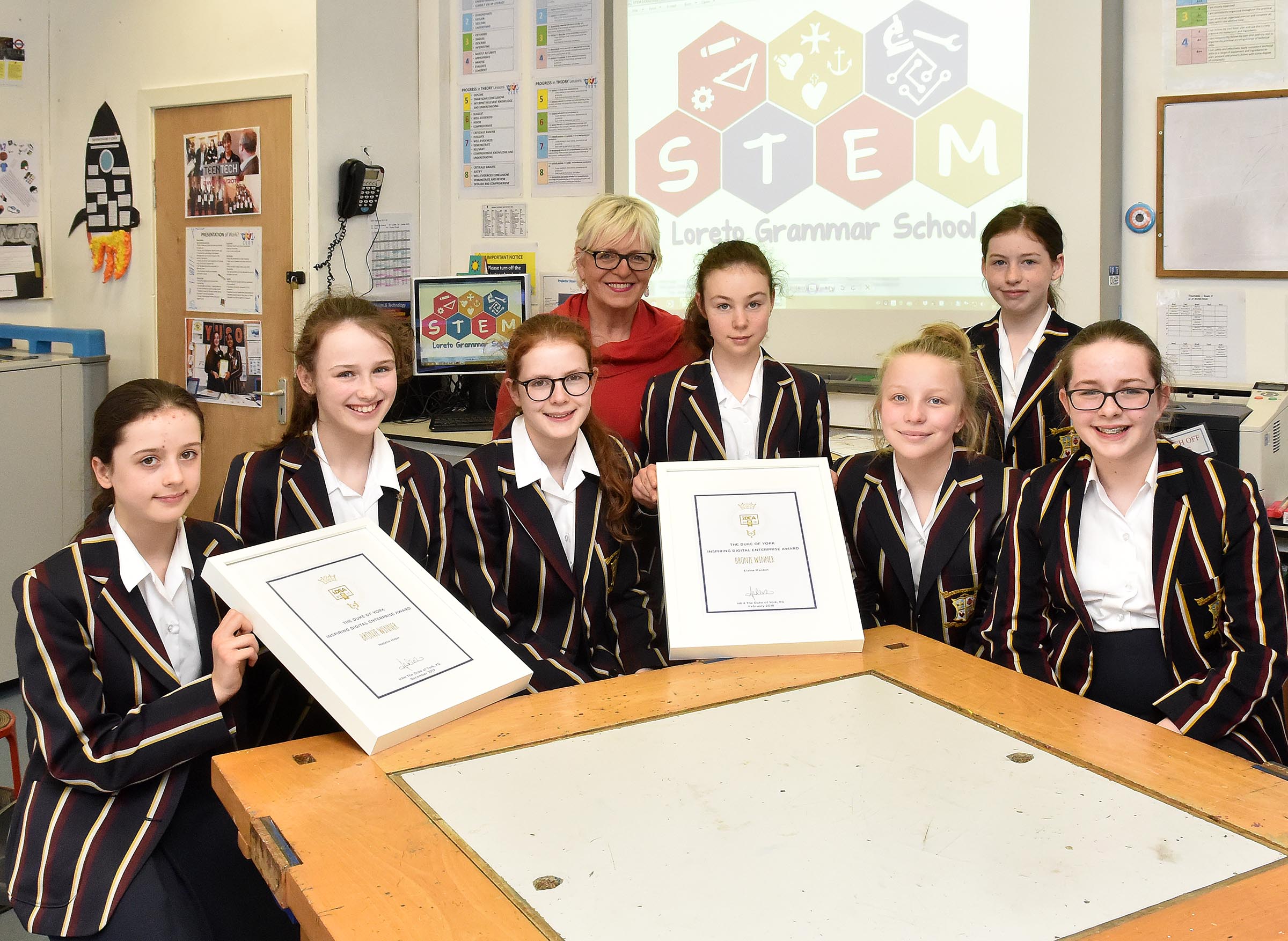