Cheryl, who is also the Altrincham Church School's Head of Personal, Social, Health and Citizenship Education (PSHCE), was the headline act among the multi-talented school performers, who raised £1,034 for the Teenage Cancer Trust.

She said: “The girls know I like to sing so it couldn't be avoided. I would have liked to sing some David Bowie but instead I played to the audience and sang some JustIn Bieber, though the Ziggy flash was my own homage.”

The event was organised by former pupil and former School Charity Representative Sabina Ruta, who returned to her old school five years after setting up Loreto's association with the Teenage Cancer Trust.

Now The Teenage Cancer Trust's North West Regional Fundraiser, Sabina, who had organised a similar concert back in 2010 when she was a sixth form student, worked with current sixth form charity representatives Kirsten McNally and Elizabeth Green to make the event extra special.

Sabina said: “Seven young people are diagnosed every day with cancer and the Teenage Cancer Trust works to provide specialist services and staff and to put young people with cancer in touch with each other.”

This year's charity representative Kirsten McNally said: “We would like to thank all the performers who all gained a rousing reception from the girls, but especially Miss Miller, who was the fans' favourite.”

Miss Miller is pictured with fellow performers and the Charity representatives. 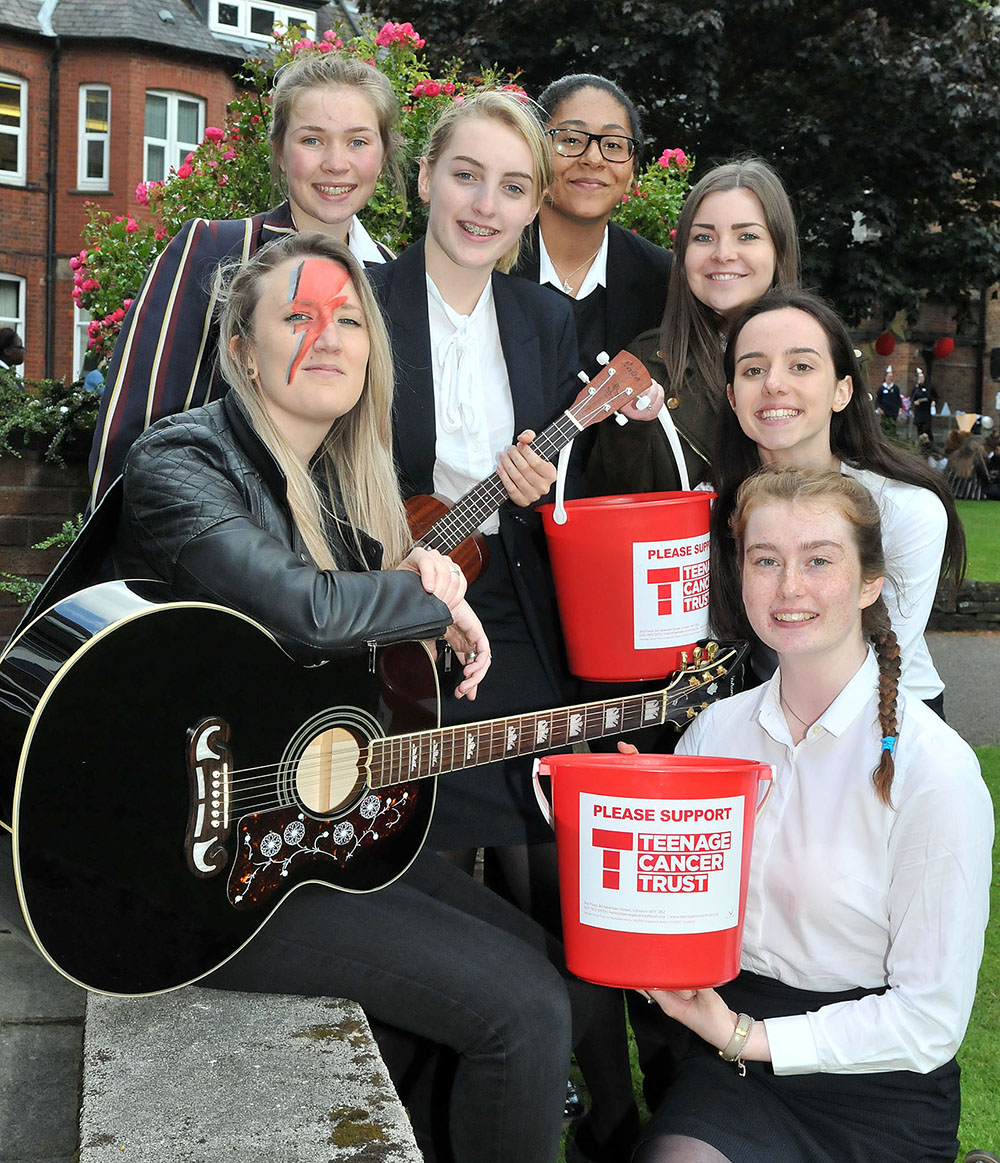