Loreto Grammar School had a new Headteacher for World Book Day as Professor Albus Dumbledore cast a spell over the staff at the top Altrincham church school.
While the pupils dressed as their chosen characters from the world of the written word, the staff all mimicked characters from the Harry Potter series.
Sixth Form Co-Ordinator, Mr Dunn, assumed the role of Hogwart's Headmaster, Albus Dumbledore with among many others, Miss Amos as Professor Trelawney, Mrs Webster as Professor Umbridge, Miss Miller as a death-eater and Mrs Hilton Jones, who also organised the event, as a dementor.
The magic of reading was also celebrated through a plethora of competitions including writing the opening to a new fantasy novel and ‘extreme reading’ and ‘staff shelfie’ events.  The last of these proved particularly popular as students were asked to identify their teachers from their book ‘shelfies’.
However, the centre-piece of the day was the first ever Loreto Quidditch Cup with hundreds of pupils coming to see the student teams just pip the staff to the golden snitch.
Mrs Hilton Jones, Second in English, heralded the celebrations the best ever. “The purpose of the day” she said, “is to further promote the joy and wonder of escaping into a really good read!” 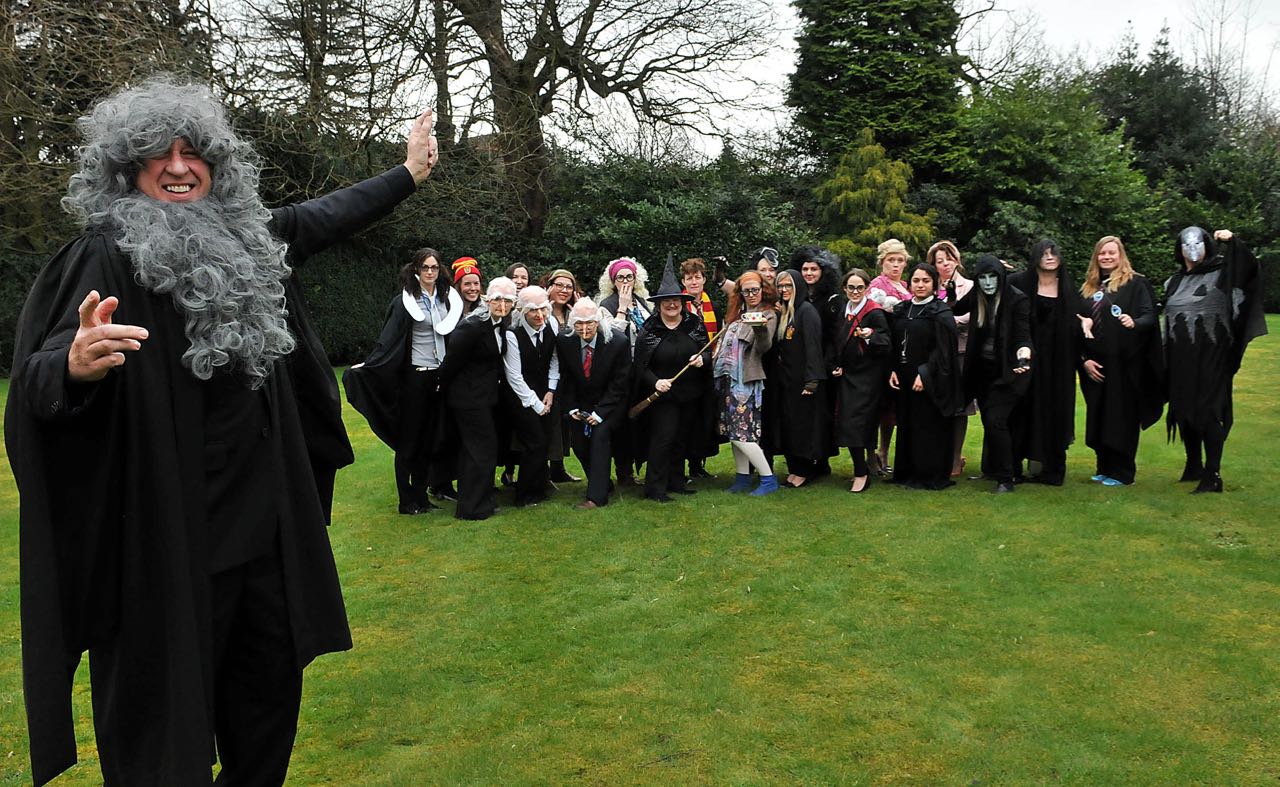