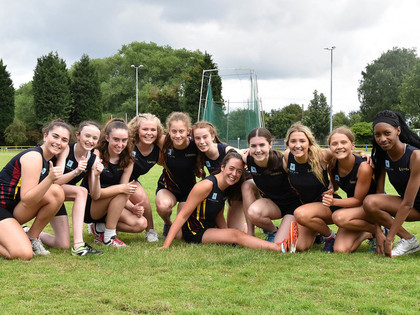 Both the junior and the intermediate girls at the top Altrincham faith school were placed second in the region after a series of stunning individual performances.

Star performers for the Junior team, Years 7 and 8, were Ella Gillespie in the hurdles and Javelin and Georgia Wall in the Long Jump.

In the Intermediate event for years 9 and 10, Ellina Connor in the 200m; Melissa Booth in the 100m and Chiamaka Obineke in the 300m and High jump were the flag bearers.

It has been another stunning year for the Loreto girls with both middle distance cruiser Jessica Spilsbury and sprint queen Melissa Booth representing Manchester at the English Schools Athletics Competition.

At those championships, the multi-talented Melissa Booth competed in the triple jump and won the first round of jumps with 11m 53cm to go through to the final, where she then blew apart the opposition with 12m 15cm. Melissa will represent England at the Home Counties in Swansea this weekend the 20th July. 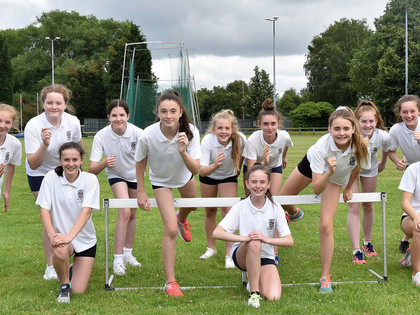 Jessica Spilsbury was fifth fastest in the 1500m heats to go through to the final, matching her personal best to attain the National Standard, but she then came 11th out of 12 in the final, understandably suffering from tired legs after the sterling efforts of the previous day.

Loreto’s Head of Athletics Catherine Ball said: “The secret to their success is a great atmosphere and team support between all the age groups especially the older year group who constantly congratulate the younger athletes and support them in their events.”